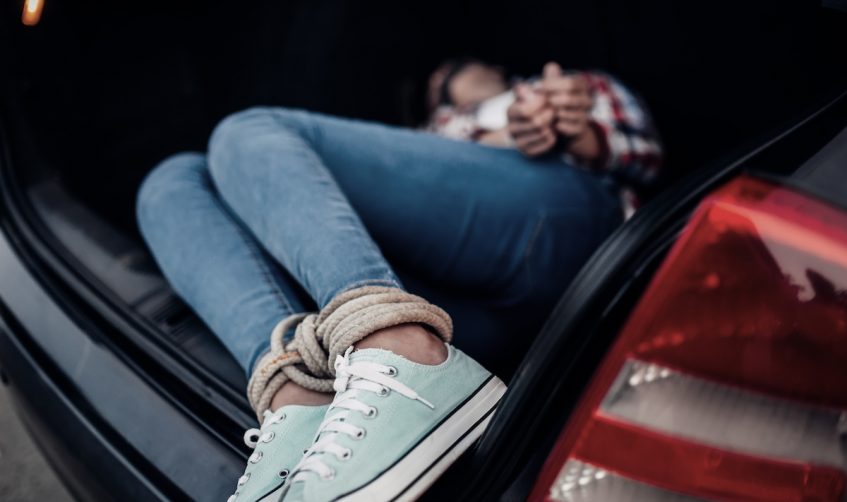 Sexual Abuse of Children Often Comes From a Position of Trust

One of the most heart-wrenching aspects of sexual abuse cases against children is the fact that the perpetrator is very often somebody in a position of trust with the victim. According to the U.S. Department of Justice, about half of all convicted offenders of sexual abuse against a child had a prior relationship with the child victim, either through friends or family.

While there is no set fact pattern or comprehensive list of characteristics to identify those who abuse children, there are certain commonalities parents and advocates can watch for if there is any concern. Here are just a few people who have been caught and charged with sexual abuse and assault crimes against children just this year, and details about the positions of power and trust they held over their victims.

Joel Davis was a co-founder and executive director of a group called “Youth to End Sexual Violence.” He served as a youth delegate and write a blog for the Huffington Post titled “You Are Key to Ending Sexual Violence in Conflict.”

Despite his ties to anti-sexual abuse causes, Davis was arrested and indicted in a federal court in Manhattan after allegedly soliciting from an undercover FBI officer explicit images of a girl said to be the officer’s 9-year-old daughter. Additionally, he attempted to set up a sexual encounter with a two-year-old girl.

He faces charges of enticing a minor to engage in sexual activity, attempting to sexually exploit a minor, and possessing and distributing child pornography. Davis allegedly told undercover FBI agents that he was sexually interested in children of all ages.

By 2018, Clemons had moved to another church in the Denver area, where he was arrested on complaints that he sexually assaulted three girls. The alleged abuse occurred while Clemons was working as a youth pastor at the Parker campus.

Although the church was informed of an affair with an eighteen-year-old, they failed to alert the public. It was later revealed that not only was the victim not only underage, but there were also two additional minor victims.

Christopher Cody Stutts was a part-time youth minister at Westwood Baptist Church in Birmingham, Alabama. The 36-year-old and his wife were actively involved in the church, teaching and providing activities for children.

Although church officials described him as a very friendly, but not over the top, person who had a heart for kids, Stutts was charged with sex abuse of a child under the age of 12 and second-degree sodomy. The charges stem from a 14-year-old telling deputies that Stutts sexually assaulted her over the past three years.

Kenneth Mays volunteered at the Full Gospel Tabernacle Bread of Life Church in Monroe County, Indiana, where his father served as pastor. The 29-year-old man served as the youth group leader and Sunday School leader, and his duties involved picking up local children to attend church functions in a van.

In August of 2016, Mays found himself at the home of a 14-year-old girl whose family belonged to the church. According to the girl, he hugged her and touched her backside over her clothes. The inappropriate conduct continued for over a year, during which time Mays sent the victim Snapchat messages professing his desire to have sex with her. He also told her that he loved her but that he wished she was older.

Mays also sent naked pictures of himself to the girl, whose friends finally encouraged her to tell her mother about the extended period of harassment and abuse.

In fall 2017, Jermaine Ward began working for the YMCA of Burlington and Camden counties in New Jersey. His duties included the YMCA’s before- and after-school Prime Time programs in two different schools. Ward, 21, passed a criminal background check before his employment.

Although there was no prior indication of any misconduct, Ward was arrested and charged with creating child pornography and sexually assaulting a local underage girl. Ward recorded the assault with his cell phone, he was charged with two counts of endangering the welfare of a child and one count of sexual assault.

The sad reality is that sexual assault can happen anytime, anywhere. Furthermore, while anyone can be a potential perpetrator, the likelihood that he or she could have a prior relationship with the child is a chilling thought for parents, and everyone committed to keeping our children safe.

If you or someone you know is aware of a child being subjected to sexual assault or abuse, especially from someone in a position of trust, seek legal help without delay. Firms such as The Widget Law Firm* have a team of professionals who can help you throughout the journey and can fight to protect you and your loved ones.